Here at WPSR we don't play many country songs but regardless one of my favorite artists is Johnny Cash so I picked some of my favorites which are probably pretty inaccurate because it was impossible to actually honestly rank the top 10 songs he ever wrote.

This song is a good reminder of what America used to be and is a timeless piece of music.

The song is about love and how he truly feels towards his wife.

Another love song only this one was written by his wife but still you can feel the emotion in every word and note.

The first song he sang as part of the country supergroup Highwayman. This song gave them their name and set the feeling they were trying to convey in every song they sang.

This song was in his very last album, one of two albums released after his death, as with all songs in his final albums, The American Recordings, you can feel the somber undertones as he feels hurt by the loss of his wife.

The song tennessee stud tells the story of a man and his horse - 'tennessee stud’. The story is done really well

Originally Cash did not want to do this song but came around and not only made one of his best covers of a song, he also made the most impactful music video he’s ever made.

One of my personal favorites, about him waking up after a long night of parting and facing himself in the morning (or the big light)

I love this song as it is fun to try to sing along or even try to remember if I have been ‘everywhere’ like Johnny Cash has.

Do you agree? It's okay if you don't because I'm absolutely sure that most of his songs are great. 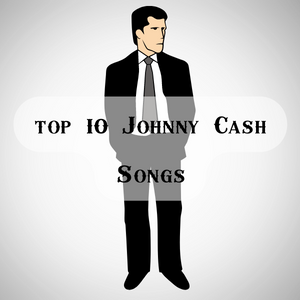