How many times have you watched
a Disney movie and loved it? Almost
every time right? The films are not
only great for kids but teens, parents,
and even grandparents. They
capture honesty, love, jokes, bravery,
and sorrowful times in every movie.
That’s why I decided to tell you about

the best movies yet!
1. Tangled
If you haven’t seen this movie then you are missing out on one of
Disney’s best! This spin of the Classic fairy tale brings the characters
to life. This is easily my favorite movie from Disney because of Flynn
Rider. His character is funny but serious at the same time. About 10
years ago I would watch this movie repeatedly just for him. Not to
even mention how amazing the soundtrack is! The track Kingdom
Dance doesn't have any words but it will have everyone dancing
along.

2. Princess and The Frog

Talk about inspirational! This movie made every girl want to kiss a
frog at recces (not really haha). It takes a turn as Tiana also turns into
a frog. She of course ends up falling in love with the prince. My
favorite song from this movie is Dig a Little Deeper. If you plan on
going to Disney World make sure you have seen this movie! Tiana’s
Adventure opens in 2024!

3. Ratatouille
Now, this is a Pixar movie but I’ll count it on this list just because of
how good it is. It has food, rats, and romance what's better than that?
This movie also has a ride at Disney World which I’m dying to ride!
This movie is almost 20 years old but it’s still a Disney staple. I think
the main reason I like this movie is because of the weird concept. A
rat cooking in a kitchen through a human's hat. I wonder how they
came up with that!
If you’re a Disney fan let us know! Are these movies on your list of favorites? 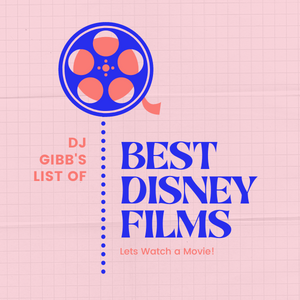