Think about the last time you experienced fear. Now think back to where that fear could have originated from. Now, If you believe you’ve never experienced fear before, which I know is a lie, I suggest listening to the French House song “Stress” by Justice. For example, if you were afraid of a spider, you could have had bad experiences with spiders when you were younger. Fear usually originates from our childhoods. As we grow up, we develop that fear until we don’t even remember why we had that fear in the first place. If we had no fear, life wouldn’t be as enjoyable. Going skydiving or horror movies would not be as exciting. Fear is a part of life. Fear also comes in two parts. A fear that tells you the bad things that could happen if you make that choice. The other part of the fear is the worry of if you don’t make that choice. It is kinda like your shoulder angel and shoulder devil. After listening to both of their opinions, the first step is to acknowledge what that fear is. It is then your choice to decide between those two fears.

Everybody wants to make their own mark on the world, so the thought of not having enough time to achieve success can pull us backward. We get motivated to do nothing because someone will eventually forget about us. We can easily harness that motivation to become that change in the world. We can be that mark on the world. It is not an easy task. It is a constant struggle, that is why it is easy to give up. Doing something that seems illogical is what makes us human. We all have the dream of having a perfectly safe life where we don’t have to deal with problems. To be a hero, we have to be steady and give up the thing we want the most, even our dreams.

Fear can make us overthink. It makes us think there is something in the dark, something is behind you, or if you think you got a bad grade on your test. Fear sometimes is simply because you are living with your mind. Being lost in your imagination can have some dark corners which lead to fears. You might think about how someone might not like what you're wearing. I’ll whisper some words of wisdom, “Let it be.” Do you think that way about other people’s clothes? Then why would they care if your clothes are bad? Now, this is not an invitation to start wearing clothes that don’t go well together.

I believe that my biggest fear is the fear of failure. I start on something then I immediately think the end product is not going to end well so I should stop now to end the hassle. The only time I can achieve success is when I overcome that fear. I accept who I am and what I can accomplish. The end product might not be the best in the world, but the product is mine. It is better to say you missed the target than to say you didn’t even try.

My experience of fear this week originated mainly from my work. My fear is usually intertwined with my stress. I have had a rough first week of job rotations, which are positions that we change weekly to equally get the full experience of Radio and TV Broadcasting. My job rotation was Brand Management. Brand Management consists of doing social media for 90.7 WPSR and SICTC on Facebook and Instagram, going through emails, answering the request line (812-777-5907), and monitoring other people’s work to ensure they are doing their work. My fear consisted of “Can I get this done before the deadline?” and “How am I going to get this done when I have so many more important things that need to be done first.” I was caught up with the madness. I had no time to sit down and realize that everything was going to be alright. It wasn’t until I took a step back and realized the grand workload was not as bad as I thought. Everything I was stressing about could be managed with proper pacing.

My first definition of fear can be easily stated by Courage the Cowardly Dog, where a misshapen figure tells you that you aren’t perfect. A specific episode I am referring to was called “Perfect.” Along with it being scary, I also learned that I am simply “not perfect.” I will always have fear. It’s how I deal with that fear that makes me who I am. I can choose to live in a corner of a room alone because it’s safe or I can live an imperfect life where I can learn and improve from my fear. Don’t let fear overtake you. We all love a story about overcoming fear, you can become that story today, just believe in yourself. You are stronger than you think you are. 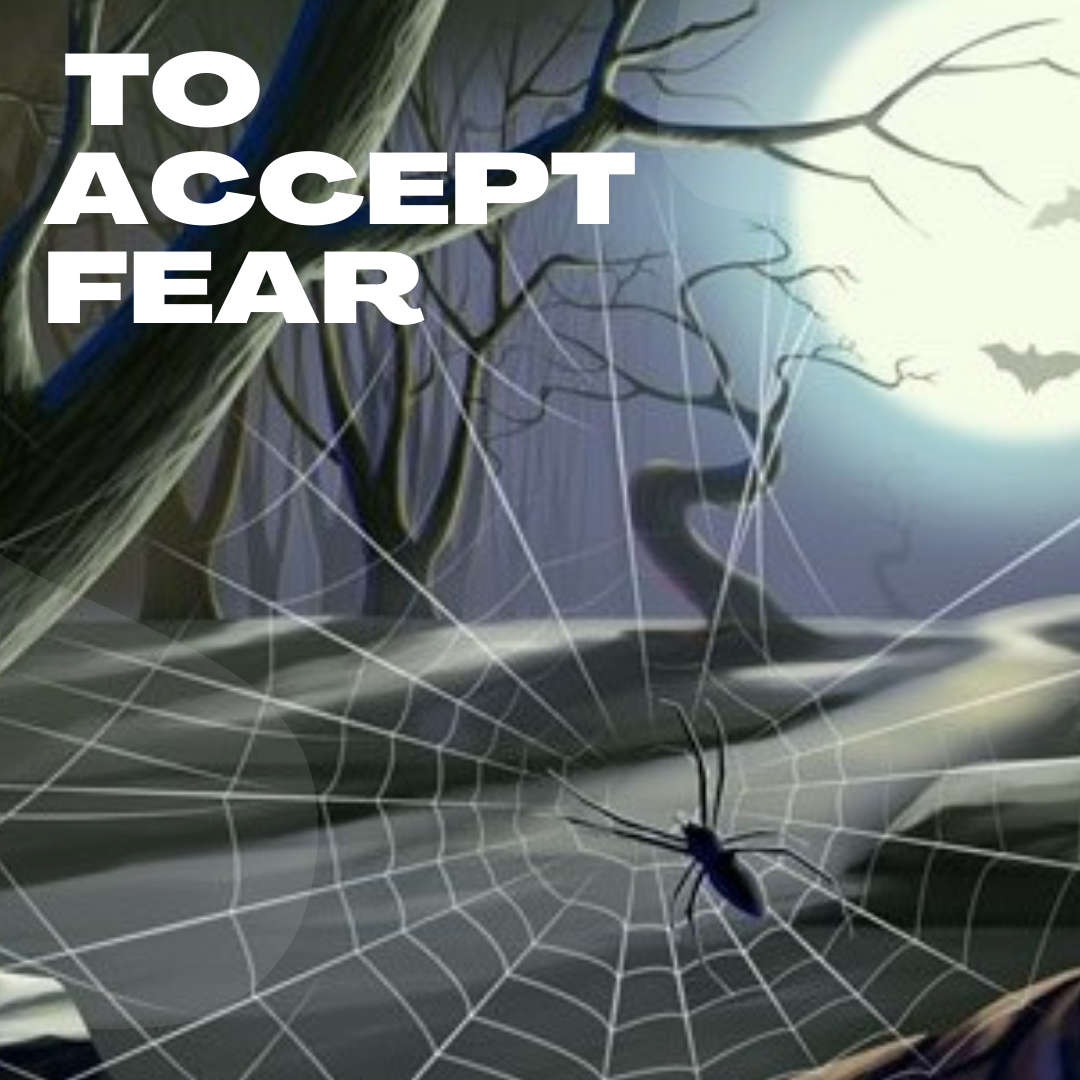