The Masterpiece Known As "College Dropout"

In 2004 Kanye West released his first studio Album “College Dropout.” College dropout includes 21 songs for a combined of 1 hour and 16 minutes. “College Dropout '' is one of my favorite albums created by Kanye West. Every song on this album is a masterpiece and deserves to be recognized. The first song I heard on this album was “Through the Wire.” “Through the Wire” is the first song by Kanye I ever heard and is what led me on my musical journey of listening to Kanye West. Ever since I learned about how much of a genius Kanye west was with his musical talents I had to start by listening to his music. This Album was the first ever one I listened to fully by Kanye.

“College Dropout” showcased Kanye’s unique style of Music. Involving sped-up, pitch-shifted vocal samples from old R&B and Soul Records. This Album includes features from Jay-Z, Mos Def, Jamie Foxx, Syleena Johnson, and Ludacris. This adds to the absolute masterpiece that this album is. With all these different features it allows for this album to expand into several different aspects of music. Features are always a huge part of Kanye’s Albums and this was what started it. He would go on to make two continuation albums of this Album including “Late Registration” and “Graduation.” There was supposed to be the fourth album to go with these but due to the death of his late mother Donda he scratched the Album and made “808s & Heartbreaks.”

As many might think that Kanye has gone downhill with his most recent Albums Every Kanye fan can agree that “College Dropout” was one of if not his best albums of all time. I’ve listened to a lot of Kanye here recently and it has mainly been “College Dropout'' and  “Donda.” I have already shared my opinion on Donda and how great it is.

My top 5 songs on this album would have to be “Through the Wire,” “Jesus Walks,” “We Don’t Care,” “All Falls Down,” and “Spaceship.” These are in no particular order but these are the 5 songs on this album that I could listen to on repeat over and over again. While I could listen to the whole album on repeat, these particular songs are what bring me back in to listen to it again over and over again. Unlike Donda, this album does not have any songs that I think are an absolute embarrassment to the Album and What Kanye does.

Overall I would have to give “College Dropout” a 10/10. I can’t find anything wrong with any of the songs. Each song got me grooving and feeling the beat. The mix of great features to amazing music production is what makes this album above the rest in my book. I love this album so much that I’m listening to it as I write my opinion on it. Kanye is a great Artist that has made several masterpieces and his first Album was a definite gem. 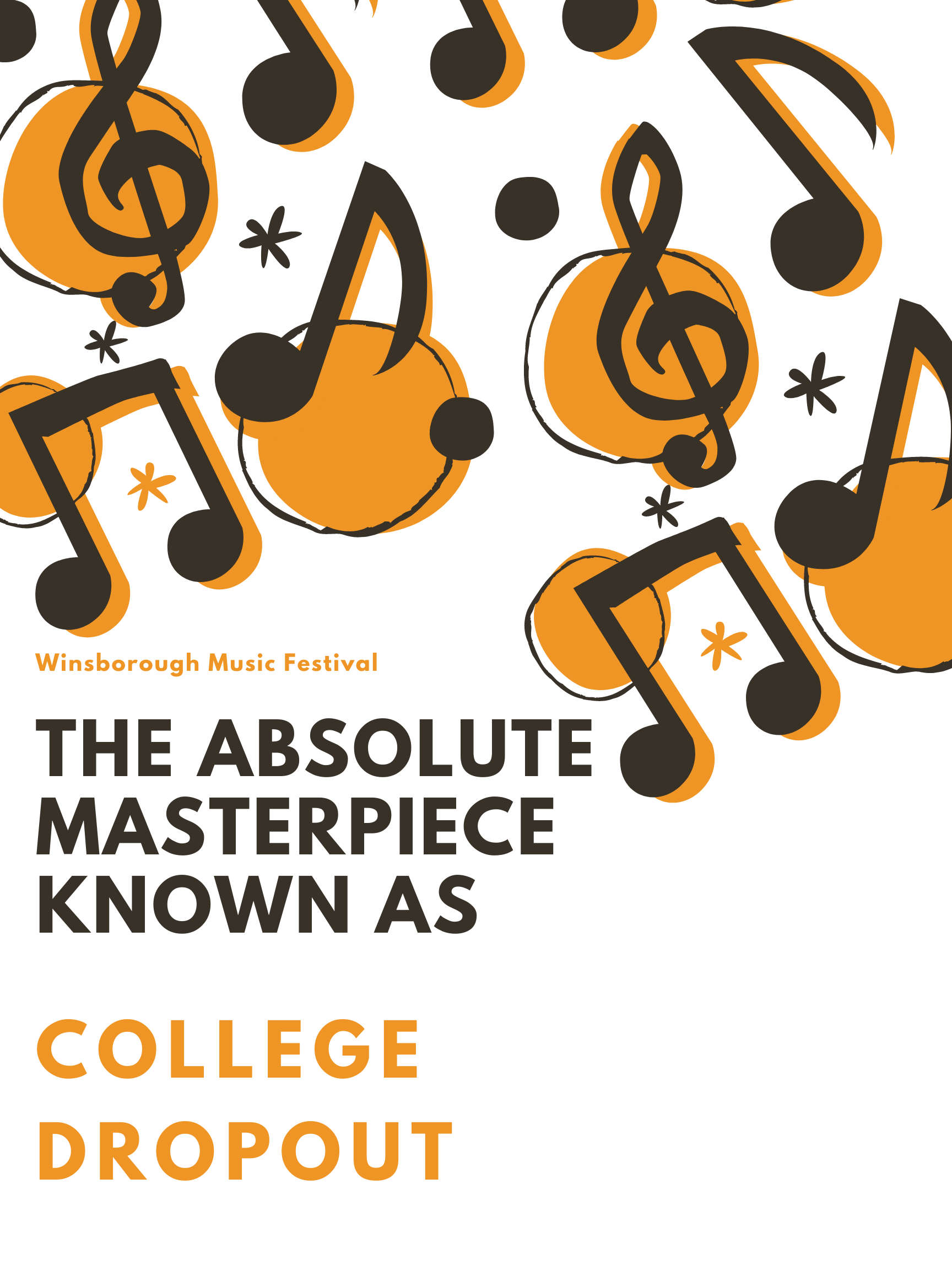