The existence of this vegetable dates back to between 8000 and 5000 BC in Peru or Bolivia, known as the Andes back then. Its earliest verified tuber was found in 2500 BC at the Acon coastal site and the Incas cultivated it as early as 1800 years ago. The word “potato” is actually from the Spanish word written “patata”. Also, nowadays the slang terms used to describe a potato are spud, tater, and tattie.

A fun fact about potatoes is that in 1784 Thomas Jefferson set voyage to France with James Heming. While they were in France Heming learned how to make French fried potatoes and he brought the skill back to the United States. Even though history credits Thomas Jefferson with introducing French fries to the U.S. it was actually James Heming. Also, the first cookbook with a recipe for potato chips was made in 1817 and the recipe was made off of Hemings French fry recipe.

Some more fun facts about potatoes. Potatoes are actually the fourth most important crop in the world, only behind corn, wheat, and rice. Did you know that potatoes have been to space? In 1995, potato plants were sent to space with the space shuttle Columbia, potatoes were the first food to ever be grown in space. The world’s largest potato weighed in at 18 pounds, 4 ounces, which is equal to 73 medium, fries at Mcdonald's.

That’s a lot of fries!

SThe average American eats about 140 pounds of potatoes per year and The average German eats almost 200 pounds a year.

Potatoes can come in many different variations such as French fries, tater tots, baked potatoes, hash browns, mashed potatoes, and a whole lot more. My personal favorite potato-based products are tater tots and mashed potatoes. I love tater tots because you can just pop them right into your mouth and enjoy them. I like my tater tots really crispy, so they have a nice crunch when you bite into them. Another form of potatoes I really enjoy is mashed potatoes, especially with some fried chicken they just compliment each other so well. I also love mashed potatoes with Thanksgiving dinner because it just tastes so good with turkey and some freshly baked rolls.

I hope throughout the month of September you all enjoy some of your favorite potato-inspired dishes. I know I will! 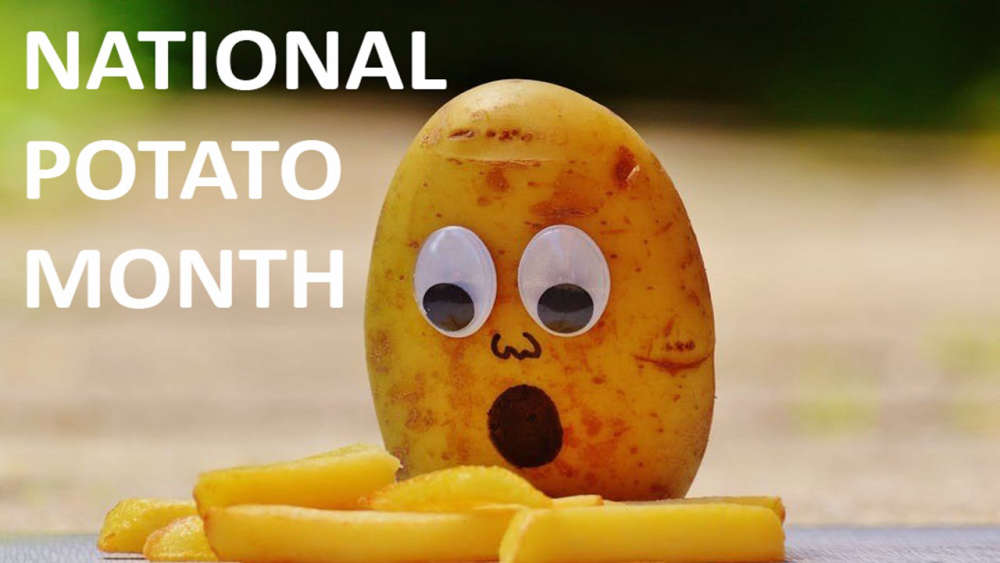